Punters discuss Premier League stats ahead of the new season

Punters discuss Premier League stats ahead of the new season

Ahead of the Premier League’s first game of the season, experts are discussing their predictions and saying that the tournament for both the trophy and the top four will probably be the most vicious one yet. 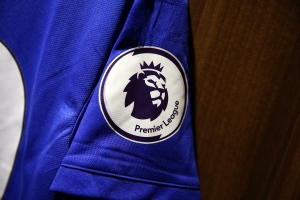 The new season of Premier League begins today (August 5) with the 1st match of the season happening between Crystal Palace and Arsenal.

Earlier bet365 reported the statistics formed on the bets placed by players, which shows that many of them are making unusual choices.

In accordance with those statistics the club pending for the title is Manchester United, as fans trust Erik ten Hag, and they believe that he will make big changes. Meanwhile we have Leeds United being voted the most to fail.

Bet365 players are not only ones who are placing their bets on Manchester United. Besides this Tottenham Hotspur is expected to end their sixty year 1st division drought.

It is supposed that the reason big teams are the ones who are most likely to win is because the huge amount of the fans are backing them.

“The betting showcases that fans are happily searching for value and backing outsiders, especially with Tottenham and Manchester, as both clubs have new managers.”

Both of the teams are considered to be outsiders in the race for winning the title.

Later Aitkenhead added that so far Spurs have been doing great and Manchester’s pre-season outcomes are giving optimism to fans and that is why those teams are supported by bettors.

“Last season’s end for Antonio Conte was really impressive. A total of fifty-six goals during last season for Kane and Son, as well as from Richarlison, Bissouma and Perisic, has 14/1 left too good a prospect for many to turn down. Man Utd’s 25/1 to win was popular as well, with Hag taking the second place in terms of the number of contenders for the title. Even though 11/8 for Hand winning the UCL did not grab anyone’s attention.  8/1 for Newcastle United to be at the top four has seen twice as many bets as Manchester so far.”

Surprisingly bettors from both bet365 and Fitzdares are placing their bets on Newcastle United to end up at the top 4.

By bet365 players Nottingham Forest is the 5th most voted team to win the PL, and it’s also the 2nd most voted one to end up in the top 4. At Betway Nottingham was joined by Aston Villa, who have not won any big titles since 1996.

“When we get into the big odds it doesn’t take much to achieve big liabilities when some teams are at big prices, but we’ve witnessed support for both Aston Villa and Nottingham Forest. When it comes to big teams they are always well-known, but with Nottingham Forest fans see something important.”.

At Coral, Forest is voted to end at the top ten.

The brand also stated that the trend is spreading further down the football pyramid as Sheffield Wednesday, Derby County and Bradford City have been selected for promotion from the Championship, League One and League Two respectively.

“Fans enjoy placing bets on their loved teams when success is not really going to happen, and Leicester is a perfect example for the new season.”

“At the moment Leeds United is a surprise as it seems that fans don’t really worry about losing Phillips and Raphinha. The 50/1 to end at top four has received bets more than clubs like Wolves, West Ham and Leicester.”

Football and betting are not always about winning. Just like any other sports one wins and the other one loses.

Christophers revealed how punters believe that everything will end for Brentford really soon, with S. Gerrard’s Villa being chosen as the one to disappoint and F. Lampard is tipped to end Everton’s seventy years top-flight tenure.

Punters believe it is going to be sad for the Bees with Brentford a 5/2 to be relegated. These states receive more bets placed than Bournemouth and Nottingham Forest. Moreover, Aston Villa and Everton were the ones voted to fail.

Betway and bet365 have both been bearish on Fitzdares over Leeds prospects; it seems that customers on these websites were gradually reduced by the departure of Phillips and Rafinha.

Leeds was the most likely contender for relegation with bet365, which, oddly enough, was followed by Manchester Utd, the N1 choice as the absolute winner, and it was reflected in Betway,

“In terms of betting all teams are well-known but during the last few days Newcastle has gained some huge sport.”

The individuals of the season

As much as football is about winning or losing it is also about individuals.

One footballer specially has been at the center of attention and his is the striker from norway – Erling Haaland, who was recently transferred to current titleholder Manchester city. 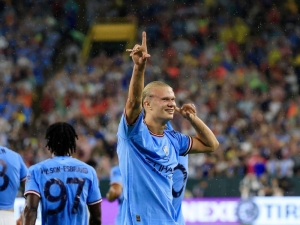 “The bets for top goalers were always about Haaland. Currently, he is the favorite, with a cut from 4/1 to 5/2, and will pay the bettos if Halland justifies everyone.”

The younger player is also grabbing everyone’s attention over Fitzdares. He leads the top at 31 with Gabriel Jesus at 16/1 and Darwin Nunez at 14/1. By the amount of bets he also leaves behind – Mo Salah and Son Heung Min. According to Betway, Haaland is again leading.

Surprisingly Jack Harrison was also voted by the bettors.

On the flip side we have other players who are likely to succeed, and they are Raheem Sterling who recently transferred to Chelase and Fulham’s new transfer – Aleksandar Mitrović.

In the meantime Chelsea’s new transfer and Liverpool’s newcomers are making appearances at the top assists of the season.

Currently, Haaland is 11/4 top scorer, with Mitrovic and Sterling being voted as the Top Shots on Target and Dejan Kulusevski, Luis Diaz and Reece James pending for Top assists.

Bet365 is marking its place in the North American market by entering the state of Colorado.Bet365 has linked a contact with Century Casinos for ten years and based on...