Even though there are new rules on some European sectors, the owner of Betway Super Group revealed their net for 2021, which shows that the company had growth in their income.

SG revealed every year they report more revenue from different fields and this is with the help of online casinos. 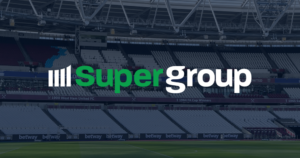 2021 turned out to be very important for SG․

First of all, SG started partnership SEAC. Succeeding the final agreement of the SEAC stakeholders, the merger process closed in January In 2021 SG signed more than 30 deals and 9 more will be signed in 2022.

Another good thing that happened to the company in 2021, was when SG opened brand new sectors for Betway and Spin. Betway to France and Tanzania and Spin to Mexico. In 2022 three new sectors will be added, Bulgaria as well.

Moreover, SG started a mandatory agreement on purchasing the American DGC. At this moment DGS is working with Betway in 6 states and secure entrance to the sector in 12 states.

The deal ended this year, due to some closing conditions. SG CEO Neal Menashe said:

“Earlier this year, we were on the NYSE, which was very important for us. We have been a chief company in over twenty sectors around the world for twenty years.”

Later he added that during the year they had many partnerships and for now they have seventy deals in seventeen countries.

Thus, profit before charge increased by 51.0% from 149.6 m euros to 225.9 m euros. Net profit was left of 235.1 m euros, 58.0%, after paying 10 m euro for income charge and 816,000 euro for accounting in other currency. Menashe that they are happy to announce significant income in 2021, showing the effective performance of their new strategy and that they would like to thank their committed team for the excellent financial result.

He also said that considering their growth in financial performance, now they are thrilled more than ever to implement our plans in 2022 and more.

Betway has recently announced the appointment of former football star Robbie Keane as a brand ambassador.The agreement between the two parties will entail a number of...

Super Group releases Spin and other casino brands in Ontario